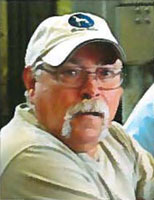 Atlantic Great Dane’s anniversary was coupled with a celebratory lunch that also honored the retirement of 23-year veteran, Mike Rolfe. Mike was presented with a compound bow package as a token of appreciation from Atlantic Great Dane. Mike started at Atlantic Great Dane as the second shift supervisor in October of 1989. Through the years he has been an integral part of the success in the service department holding various roles from Assistant Parts Manager, Service Manager, to Shift Supervisor. Although Mike has retired, he has elected to work part-time as First Shift Weekend Supervisor. Mike has been a great team player over the years, willing to do what ever was needed for the success of the company.